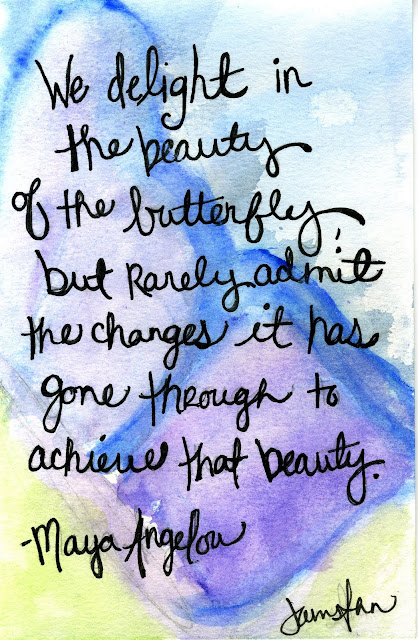 
These times they are a changin’ …..(Dylan)
We are here to change the world… ()
Everybody ought to make a change…  (Clapton)
Oh, I need a change of seasons …. (Hall & Oates)
Change is good, change is hard, change is scary, and change can be whatever you make of it.  Change has been a re-occurring issue these past couple of weeks for me.  Going to the annual conference for the first time as a delegate (for those of you who may not know, annual conference is the once a year meeting of all the United Methodist Churches in , represented by lay members and clergy) there were several petitions and amendments relating to homosexuality brought forth.   I was saddened to see how few passed, but there are a few parts of this change making process that gave me hope.
The first one being, how close the votes were. So. So. So. Close.   A second one being, that one of the resolutions that passed was one about conversation, about dialog, about making it personal.  This opportunity to make it personal, make it less about ignorance and fear, and more about people is such a compassionate step in the right direction.
A friend of mine, Doyle Burbank-Williams, pointed out to me that he is tired of being a Methodist But.  (Although phonetically it implied Methodist Butt)  Meaning, I am tired of having to defend my “Methodism” with a but on the end.  I am a Methodist, BUT, I do not believe that homosexuality is incompatible with Christian teaching. I am a Methodist, BUT, I believe we should honor and perform same sex marriages. I am a Methodist, BUT, I believe that homosexuals should be ordained as clergy.  I would like us to put our butts where our but is.  I would like to be able to just say, I AM A METHODIST!
I am so very proud to say that I am a Methodist.  John Wesley started a good thing.  Teaching the importance of community, commitment, passion about worship, do good, do no harm, staying in love with God; the idea of being so “methodical” in your beliefs and practices that they just become an innate part of who you are.
So often this issue is about the bible, about scripture, but as a friend of mine, Gene Hogan, pointed out, if this was purely biblical, it probably would’ve been resolved long ago.  There are many parts of the bible that are easily dismissed now, same parts that the anti-homosexuality scriptures are quoted from.  If we are going to use the book of Leviticus as a plum line I think it would be a fair assumption that ALL of us are screwed!
Any person who curseth his father or mother must be killed
~Leviticus 20:9
Who hasn’t cursed their parents? That time in 9th grade when my mom signed up to chaperone the promotion dance.  No cursing there. I loved that.
People who have flat noses, or are blind or lame, cannot go to an altar of God
~Leviticus 21:17-18
I’m totally lame, in one sense of the word, but I long for the altar of God for that very reason.
The eating of fat is prohibited forever
~Leviticus 3:17
Crap.  My well known love of donuts is going to get me after all.
You shall keep my statutes. You shall not let your animals breed with a different kind; you shall not sow your field with two kinds of seed; nor shall you put on a garment made of two different materials.
~Leviticus 19:19
So my pound puppy Gertie, and that poly/cotton blend shirt I just bought are out?
Of all the creatures living in the water of the seas and the streams you may eat any that have fins and scales.  But all creatures in the seas or streams that do not have fins and scales—whether among all the swarming things or among all the other living creatures in the water—you are to regard as unclean.  And since you are to regard them as unclean, you must not eat their meat; you must regard their carcasses as unclean.
~Leviticus
Sorry Long John Silvers, this one was a shocker to me as well… no more shrimp baskets, Lobster bisque, or all you can eat crab legs in Vegas. Sigh.
Those are just a few of the samplings I came across in my searching.
I agree with Gene.  I think that if this was a purely biblical issue we would’ve been able to identify that there are many things in the New and Old Testament that just aren’t in a relevant context any more.  Recently Gwyneth Paltrow had an article about homosexuality and the bible on her blog, Goop. http://goop.com/newsletter/134/en/ One of the guest authors, Cynthia Bourgeault, makes this point:


“Like most other critically thinking Christians, I see the bible as a symphony (sometimes a cacophony!) of divinely inspired human voices bearing witness to an astonishing evolutionary development in our human understanding of God (or God’s self-disclosure as we grow mature enough to begin to comprehend it, another way of saying the same thing.) The Old Testament, whose 46 books span well over a millennium in their dates of composition, also straddles what scholars call 'The first axial period,' when spontaneously, across the entire globe, human spiritual consciousness seemed to take a huge evolutionary leap forward. In the same time frame that the Biblical psalms were being composed, the planet was also being graced with the Buddha, Lao-Tse, Zoaroaster, and Plato: a quantum leap in human understanding and ethical vision. It simply defies credibility—my credibility, anyway!— to believe that the early Old Testament teachings on animal sacrifice and 'an eye for an eye and a tooth for a tooth' are at the same level as Ezekiel’s luminous axial prophecy, 'I will take away your heart of stone and give you a heart of flesh' or Jesus’ stunning 'Love your enemy; bless those who revile you.'
This is not in any way to demean holiness of the Bible, but only to affirm that God reveals Godself in time, through process and dialogue, not in unchanging monolithic statements. This does not make the bible less sacred; it makes it more sacred, for it grounds God’s divine presence in the lived reality of our human experience.”

So let’s start. Let’s start this heart of flesh conversation. Let us start this exploration of what we are called as followers of Christ and his teachings to do. As Cynthia also says, “I am compelled by my Christianity to refrain from any behaviors or judgments which arrogantly demean the dignity of another human being, or cause him or her to lose hope."
I will close with the quote on my painting, “We delight in the beauty of the butterfly, but rarely admit the changes it has gone through to achieve that beauty.” – Maya Angelou.
Let’s make this church a beautiful place.
All photography and artwork property of
Jamie Steckelberg Scott
©jamesAnn Photography 2011
no images or content may be reproduced without prior permission
Posted by Unknown at 2:58 PM

This work is licensed under a Creative Commons Attribution-NonCommercial-NoDerivs 3.0 Unported License.